Throttle controllers have become a hot topic in the 4WD world in the past several years. While some enthusiasts swear by them, others don’t see much of a benefit in installing one. But at the end of the day, different folks – different strokes, and that’s perfectly fine. Every driver has their own personal preferences and needs. Installing a Colorado throttle controller on my Holden was probably one of the best investments I’ve ever made, but I’m someone who frequently ventures off the road towing a caravan, so the improved throttle response has served me well. If you’re on the fence, and are contemplating getting a throttle controller for your 4WD, perhaps this article will give you some clarity of whether or not you should get one.

What are Throttle Controllers, and How do They Work?

Throttle controllers are defined as devices that adjust the vehicle’s throttle response by adjusting the voltage signal from the fly-by-wire acceleration pedal assembly. By adjusting the voltage sent to the ECU, you can tune the response coming from the pedal, reduce or entirely eliminate the throttle lag. Throttle lag is the slow or poor response you get from the engine when you press the accelerator pedal. While for most people this lag isn’t a big deal, those who drive their 4WDs off-road while towing heavy loads, and people who want to overtake other vehicles on the highway can definitely see their appeal. But there’s more to throttle controllers than just eliminating throttle lag. Some units can decrease the throttle response, which can result in improved fuel consumption and improved control in off-road situations. 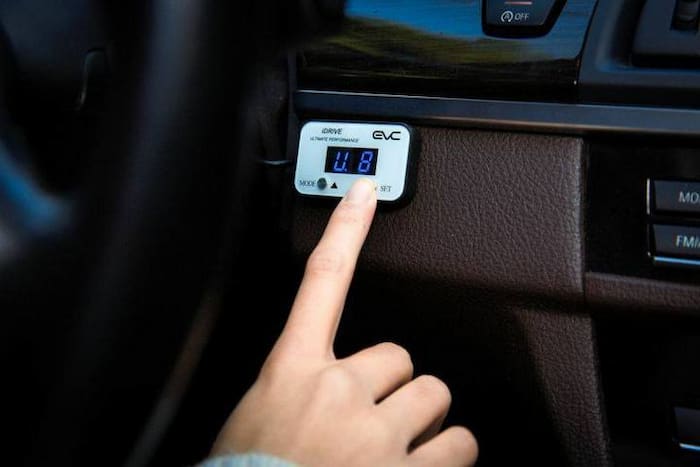 Up until a few decades ago, when vehicles were fitted with the most basic, necessary electronics, we relied on mechanical cables to open and close the throttle assembly. In petrol engines, the throttle assembly decides how much airflow goes to the engine through a plate or butterfly valve that opens and closes depending on the accelerator pedal’s position. The more you press the pedal, the more the cable pulls the throttle open. Nowadays, however, we have sensors and actuator motors instead of cables. The sensor directly sends the voltage signal to the ECU, telling it how far the pedal is pressed, and in return, the ECU sends the signal to the actuator motor to let more airflow into the engine.

Why Not Press the Accelerator Pedal Harder Instead?

In most vehicles, pressing the accelerator harder than you need to won’t suddenly make you accelerate faster. This is a result of vehicle manufacturers programming the ECU to smoothen out acceleration and improve your fuel economy. Throttle controllers by-pass this programming, allowing the throttle to open earlier, making it more responsive. I have an Ultimate9 Colorado throttle controller, which offers several customised solutions. Ultimate9 is one of the leading throttle controller manufacturers, and they include models for a wide range of vehicle makes, models, engines and induction types. 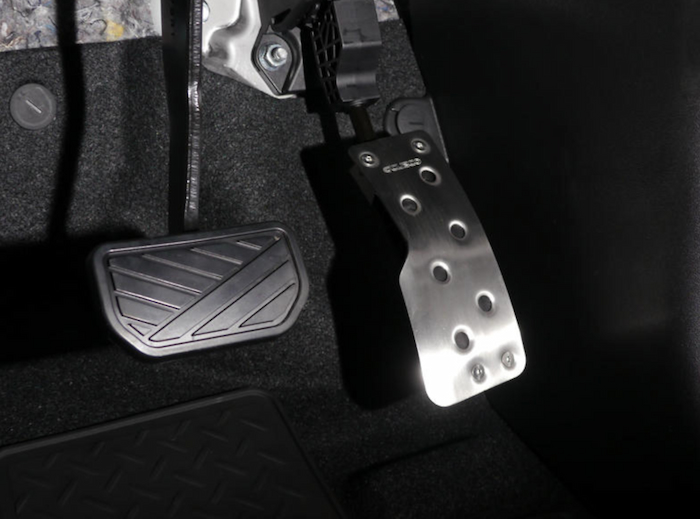 If you’re towing a heavy load, a throttle controller will allow you to get up to speed easier while reducing motor strain and fuel consumption. Another great thing about throttle controllers is that you can adjust them based on your driving. For instance, some throttle controllers like the Ultimate9 offer ultimate performance mode, economy mode, normal mode and automatic control mode.

What to Look for In a Throttle Controller?

When choosing a throttle controller, you can’t really go wrong. Most units cost around $200-300, so they’re a relatively inexpensive investment. However, before you buy one, check to see whether your vehicle features a power/economy button, and whether that makes a noticeable difference for you driving in the typical conditions you use your 4WD in. Talk to the vendor and ask any questions you have, including how their particular throttle controller works and what you’ll get out of it. Try your luck and ask if you can try out the unit for a short drive around the block to see how your vehicle’s throttle will respond. They’re easy to install and remove so that shouldn’t be an issue.

Avoid the cheap eBay and Amazon knockoffs, and try to stick to renowned manufacturers and vendors. There was a case of a manufacturer producing cheap units that ended up sending 100% voltage signal to the ECU no matter how hard the pedal was pressed. Those were quickly recalled and that particular manufacturer is good as gone. Safety is of paramount importance, especially when driving in tough off-road conditions. For that reason, avoid cheap modifications that provide such control over your 4WD.

The one major downside to throttle controllers is that some of them can effectively reduce your accelerator pedal travel at the top end. In other words, if you have your controller in performance mode, once you hit about 50% of the pedal, the ECU will already read 100% pedal input. Anything above that won’t make a noticeable difference. Also, you might have trouble mounting the control box in a spot you’ll have easy access to, while still being able to look at the display and control the profile.