Everybody knows Bear Grylls, especially if you have watched his show Man vs. Wild on Discovery Channel. That is the guy who did the unimaginable, survived in the toughest regions in the world and did the most unusual, yet smart thing in order to survive. If you do not know who Bear Grylls is even if you have been living under a rock for the past couple of years, then you should definitely read his autobiography book Mud Sweat And Tears that can be your guide to the amazing life of this wacky adventurer.

In Mud Sweat and Tears, Bear tells us the story about his transformation. Even though in the first part of the book Bear show us his personal struggles, the realy fun is only after you’ve read 380+ pages. In this part, Bear explains every new detail about every dangerous trek he has undergone during his six seasons of Man vs Wild. 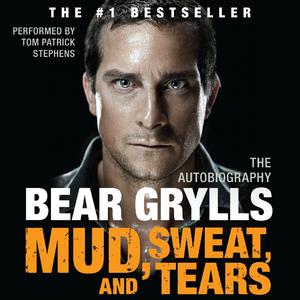 Grylls tells the history of his great-grandfather, Sir Walter Smiles, his grandmother Patsie Ford who was a member of the British Parliament and about his father and eccentric mother. There is enough drama in this book to write ten seasons of Spanish telenovelas and still not to be done with the story. One thing that intrigues everyone who reads this book is that Bear, even after all that history, chose the life of risk and adventure.

One thing that stes Bear Grylls apart from everybody else is his DNA. Even from early ages, he climbed the dome of a library, from the school he took up to becoming a special forces soldier. Grylls thrust for the physical made him an extraordinary human being. Even thought he suffered a crippling injury a couple of years before, he did climb Mount Everest – one of the deadliest risks to go for. In the book, he explains all the troublesome moments he went through inckluding oxygen deprivation, altutide sickness and everything that changed the life of Bear forever.

Bear Grylls in a most extraordinary and interesting way showed a glimpse of his adventures, on both physical and emotioanl level. Whether we will find ourselves in this kind of situations in our lifetime or not, it is always good to have little glimpses of those moments and our imagination will do the rest. Mud Sweat And Tears is recommended for all of those people who want to see read about bravery and tough life decisions.