When you think about how many times a day we turn on our kitchen taps, it’s easy to see why they’re one of the most frequently used kitchen tools. So, when you decide to swap out an old mixer tap to give your kitchen a new look, you should consider the larger context of the overall kitchen layout and design, such as the style, shape, flow, and finish of the kitchen tap.

Kitchen taps and technology usually go hand in hand, so whether you want to make cleaning easier or have boiling hot water on demand, there is a kitchen tap to match your needs.

Pull Out and Pull Down Kitchen Taps 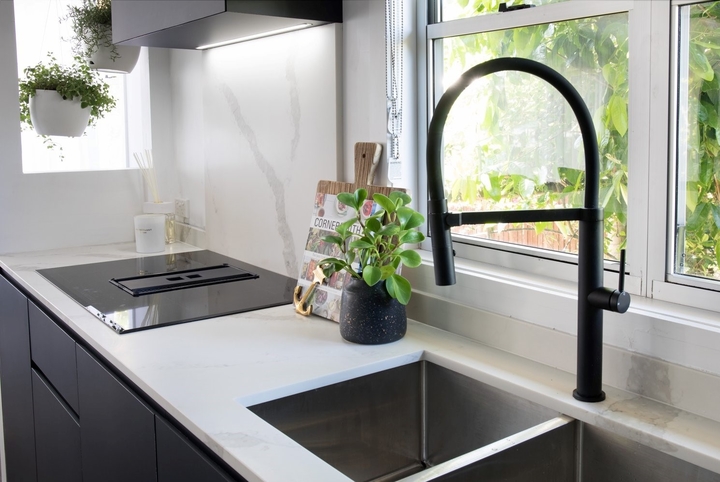 Pull out and pull down kitchen taps are ideal for adding a professional touch to your kitchen. Though the names are sometimes used interchangeably, there are minor variations between the types of kitchen taps. While both include a high-pressure sprayer, rather than having a separate sprayer on the side of the sink, a pull-down faucet has a tall head that pulls straight down into the sink. And the head of a pull-out tap pushes out towards you. Which one is the right for you depends entirely on your aesthetic preferences and the type of functionality you want.

With a handy hose and spray head that can be pulled out and used to rinse your fruit and vegetables and wash stubborn dirt from pots and pans, buying kitchen pull out taps will make your time spent in the kitchen more enjoyable. Having mounds of pans and pots is common if you have a big family. Large pots and pans take up a lot of space in a kitchen sink, and washing a roasting pan under a standard tap might be difficult. In this instance, kitchen pull out taps make it easier to direct the water and clean pans much easier.

Whether you pick a pull-down or pull-out faucet, pay attention to how the wand expands and returns to its original position. First, measure the length of the hose. Will it be long enough to meet your cooking and washing demands? After then, see how the hose retracts. Is it necessary to physically move it back into place, or does it glide easily? Finally, does it stay in place after the hose and faucet head are reinstalled? You don’t want it to come free and splash water all over the place.

The ultra-modern contemporary style for kitchens and faucets may not be to everyone’s taste. You may favour a more traditional look in your home. The kitchen is a great spot to display your affinity for traditional interiors, with Edwardian-era design accents and pillar taps that were once a common sight in British kitchens.

Pillar taps have two independent taps and are commonly found on traditional-style basins. They can be found with a single lever or a two handle system, with one tap providing hot water while the other provides cold water. Despite their vintage appearance, these taps are all made of high-quality materials to offer a timeless appeal. Handles and levers on traditional kitchen faucets are typically adorned with much older, elaborate patterns.

Bathroom pillar taps are often available in two styles: crosshead and levers. Crosshead faucets are designed with rounded spouts and classical lines for a classic appearance. Levers may be made in a variety of styles. Traditional designs will have ceramic handles; however, newer versions may include chrome levers that may be moved upwards or sideways and sharper lines. 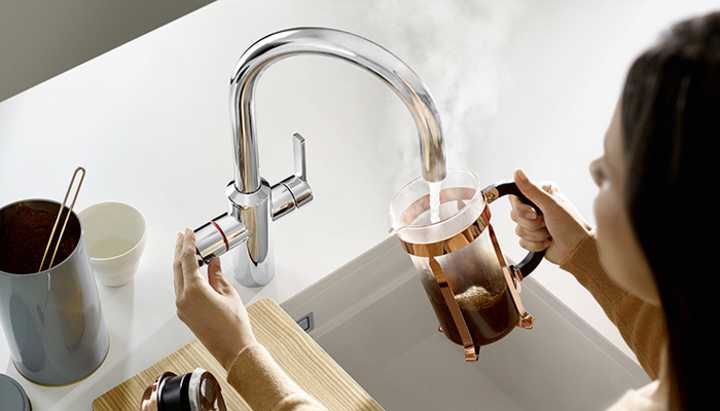 Thanks to the availability of instant boiling water taps, waiting for the kettle to boil is now a thing of the past. If you live a hectic life and don’t have time to wait for the kettle in the morning, a hot water tap is perfect for creating that early morning brew on-demand.

Hot water taps instantly make boiling water, making them perfect for quickly preparing hot drinks while also ensuring high cleanliness for cooking or cleaning. This type of water tap, unlike a standard tap, is linked to a boiler tank, which is commonly located just beneath the tap itself or within your kitchen sink unit. The boiler tank must be connected to the water supply and linked to an electrical outlet.

These fast boiling water taps often include a safety function that prevents you from just turning on the flow like you would with a standard tap, which is very important if you have small children around. Most include an insulated spout to avoid unintentional scalding. The hot water is also released at a lower pressure to avoid splashing. Overall, this makes it more secure to use than a kettle.

The Material of the Kitchen Tap 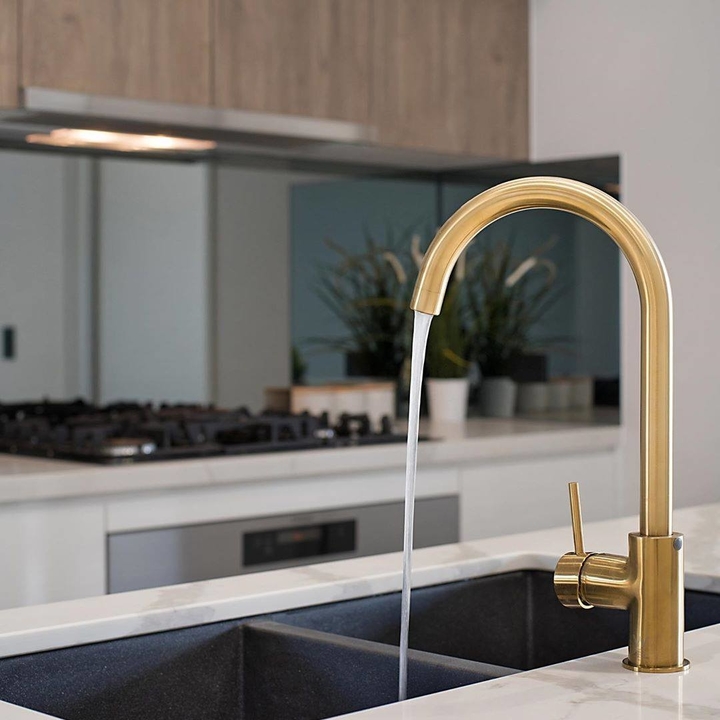 Typically, taps are built of corrosion-resistant materials. These days, taps are unlikely to flake or tarnish and are available in brass, nickel, pewter, and gold. However, the sky is truly the limit and less priced models are often made of a zinc alloy.

The most common materials are brass and stainless steel, particularly found in contemporary style kitchens since they add a polished appeal while being extremely easy to clean. Stainless steel is a highly long-lasting, scratch and heat resistant material and doesn’t discolour very easily. While stainless steel taps are popular with many, others find them somewhat unwelcoming, making them a potentially bad choice for kitchens with warmer aesthetics.

On the other hand, brass is also considered a great material. It is a highly sturdy material and comes with extremely long-lasting seals. Brass taps are also resistant to corrosion, making them ideal for high-temperature systems. While classic kitchen taps complement any traditional kitchen, modern contemporary taps are now available in brass finishes, adding a unique and distinctive talking point to your house. The only disadvantage of brass taps is their high price, with certain high-end ones being extremely pricey.