When it comes to tennis and tennis equipment, the importance of choosing the right racquets is widely discussed. There is so much information you can find online about how important it is to play with the racquet for the stroke, serve and playing technique in general. While having the right tennis racquet for your game is a must, so is playing with the right tennis ball. And, this often doesn’t get the attention it should.

Many players, especially those who don’t play professionally, don’t know the different types of tennis balls. This is understandable, as most balls look and feel the same. As long as it serves its purpose and bounces off well, why should you care for them, you might think. Well, if you think how many balls you’re hitting every practice – hundreds and even thousands, you should realise how important it is to use the right ball. When you play with the wrong balls, you may be forming habits difficult to change later on. That’s why it’s better to start right, considering the great differences between them.

The different kinds of tennis balls can make finding the best ball for your needs an overwhelming task. If you’re searching for the best tennis ball for you, here’s everything you need to know.

Regular tennis balls are made of a rubber core that’s covered in felt, filled with pressurised air. The internal air pressure of a regular ball is 14 PSI. To sustain this pressure, the balls are packaged in a pressurised can. When you open the can, it releases the pressure out. Once this happens, the pressure inside the ball will now escape through its porous rubber, making them go bad or expire. Even when kept in an unopened can, pressurised tennis balls will expire eventually because of the tiny air leaks that happen with time.

Pressurised tennis balls bounce better because of the pressurised air pushing against the rubber when the ball hits the ground or the racquet. The higher the pressure, the higher the bounce will be, and the faster the ball will bounce off. They’re the most common balls and are the official balls of every major tournament.

On the other side, pressureless balls are considered slow balls as they don’t bounce off as nearly as high as the others. They don’t have compressed air on the inside, and they usually come in standard mesh or box packages, as they don’t need to be sealed in a can like the pressurised ones. 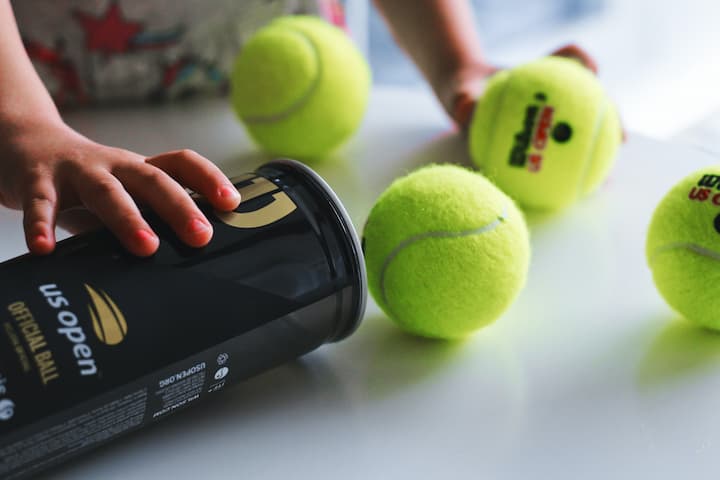 Regular duty balls are made of more wool and less nylon. They move faster and are better for softer surfaces like grass and clay courts, as they won’t wear them off as fast as harder surfaces.

Extra duty balls are made of more nylon than wool. They’re fizzier or fluffier, which means they move slower but last longer when played with on harder surface courts.

Professional balls are tennis balls of the highest quality. They’re the usual choice for professional tournaments as they give the player a better feel. However, they’re much more expensive than others and wear off quickly, making them not the best choice for practice and occasional play.

Championship balls are more durable but second-best in prize and quality. They’re ideal for practice, club matches and junior tournaments. There are also practice balls. These are used for training, as the name suggests, and not for professional play. They’re still pressurised, but if you’re looking for durable practice balls, consider the pressureless as they don’t wear off.

How to Choose the Right Tennis Ball for You? 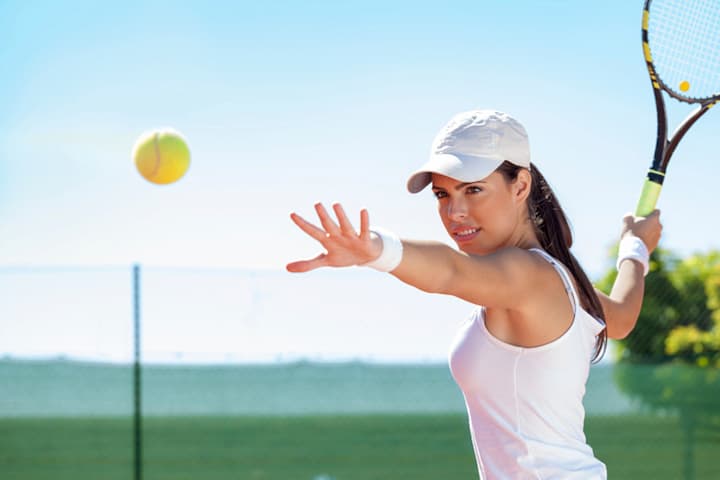 There are two main things to consider when choosing tennis balls:

The question of who the tennis balls are for should be answered with the player’s profile in mind. What may be an excellent choice for a professional player may not be right for a junior or a kid. These are the most common player profiles.

So which ball is best for tennis? There’s no single correct answer to this question, as buying a tennis ball can be an equally personal experience like buying a tracksuit, for example. Assessing your tennis needs and then choosing the balls that match those needs is vital for choosing the best tennis ball for you.