The Toyota Hilux is a pretty big pick-up truck as it is, without getting any larger tires or any sort of upgrade to make it look even more imposing when it’s coming up on someone’s rear-view mirror in traffic. There are however a few times when even the size and enormity of the Hilux isn’t enough to cope with certain situations. Most often this is only the case when the vehicle needs to be used in order to transport an inordinately large weight in its trunk, or if the surface it needs to go over would bust its suspension even if it weighed half of what it does. These risks usually don’t come about because the driver was feeling like testing the car’s limits, but more likely because it is part of their job, and to help minimize them as much as possible, there are measures that can be taken. 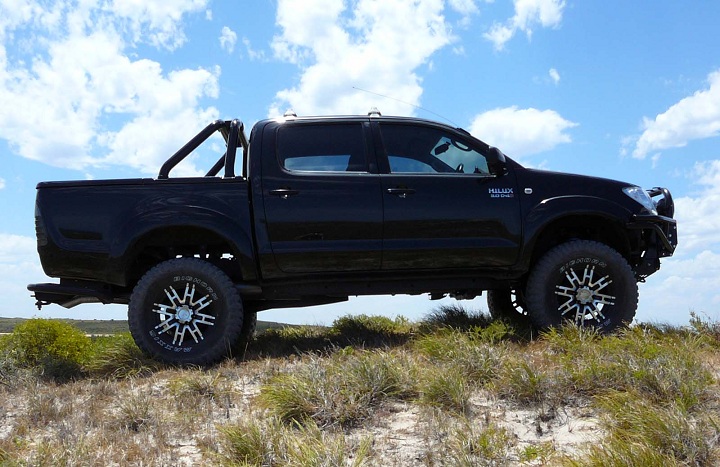 The body lift kit is designed to raise both the front and the back of the truck’s bed and cab, and allows the suspension and the wheels to stay in the same place while raising only the body. The biggest advantage it gives you is the option to install larger heavy-duty tires that can help you more effortlessly get over obstacles that would have been a problem otherwise.

There will however be situations in which the integrity of the quality of the ride and the truck itself will be compromised, but these problems can be easily taken care by any of the additional Hilux accessories that you can get, which can help you with any unforeseen problems.

The control arms are a perfect example of this as they are specifically designed to help you turn more easily and improve the overall handling of your car when the path you are on doesn’t exactly make “smooth sailing” easy. They are basically a hinged suspension link that’s affixed between the hub that carries the wheel and the chassis. 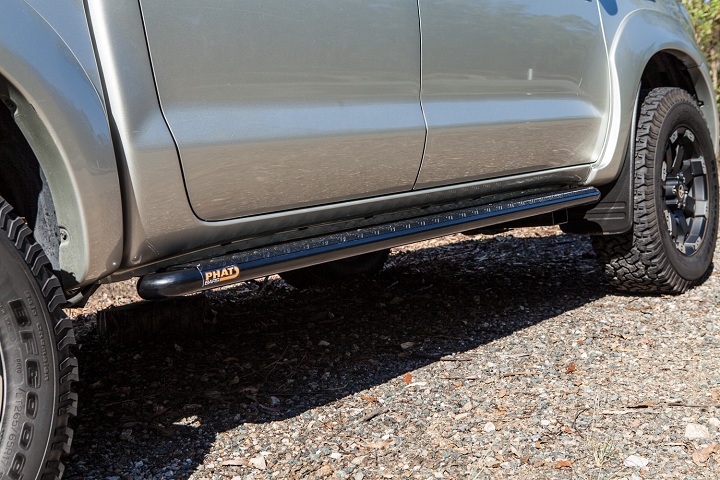 Next we have the rock sliders, which are placed on the sides of the vehicle and can serve as a way to give both you and your passengers an easy way to get into the now raised truck more easily. They also serve a vital role in that they protect the side of the vehicle from anything that might potentially harm it, which is often the thing they are named after. 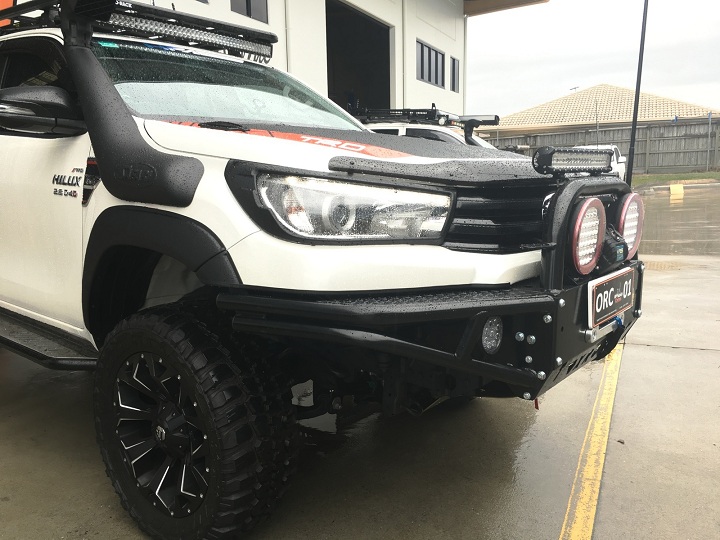 Speaking of vehicle protection, that leads us to the most crucial of the Hilux accessories, the bull bars. These sturdy pipes go on the front of the car and are made to withstand quite a fair bit of impact and force. Exactly how much that is however, would probably be one of those things you might not want to try and find out. It protects both the front of the cab and the underside of the engine block, and on top of it all, it also gives the car a much fiercer look.