From the first permit issued for commercial drones in 2006 until today, their popularity has been constantly on the rise. If you too happen to love drones, you’d surely want to know more about how this unmanned aircraft works. There are certainly a lot of parts like propellers, the electronic speed controller (ESC), battery, camera and many more but the heart of a drone is its motor. 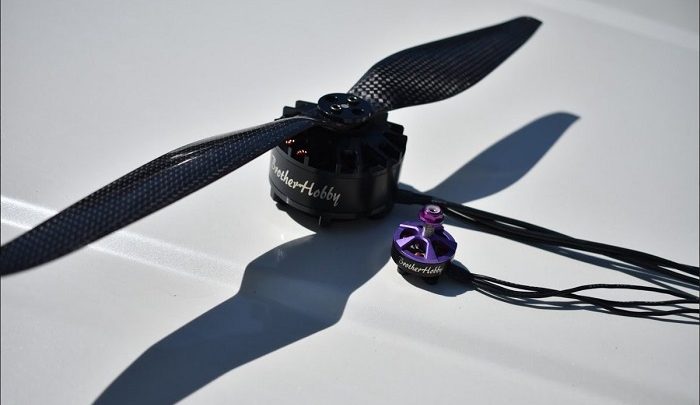 The main purpose of every drone motor is to create a magnetic field. This field acts as a repulsive force which turns the shaft. Motors used in drones generate a magnetic field by getting energised from the pulse sent from the controller through radio waves. 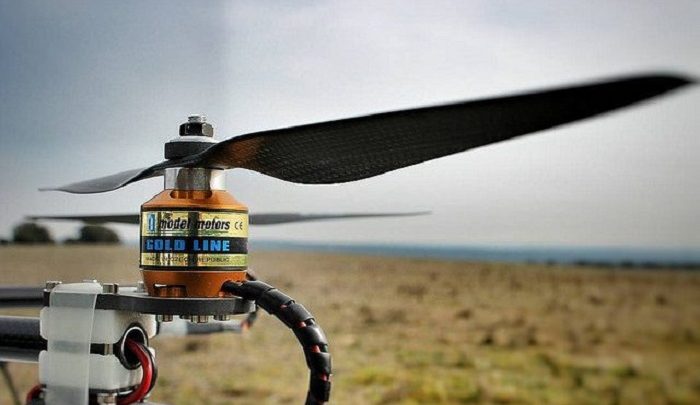 What differentiates motors used in drones brushed type from their more efficient counterparts is the use of brushes or windings. This makes them 70% to 80% less efficient but also a lot cheaper. Brushed drone motors are usually capable of working up to 1000 hours but they will require a lot of maintenance during this time. They use a rotary switch to reverse the direction of the current every half cycle in order to make the windings (brushes) move.

With a brushless drone motor you can expect to surpass the 1000 hour mark and maintenance will be almost non-existent. Brushless motors are used in drones that require higher rotation speeds as they make use of a stator and a rotor. The former is what stays in place, which is coupled together with a permanent magnet and the latter is what rotates around it. This magnet is what makes a brushless motor work as it helps switch the electrical polarity.

What to Look For 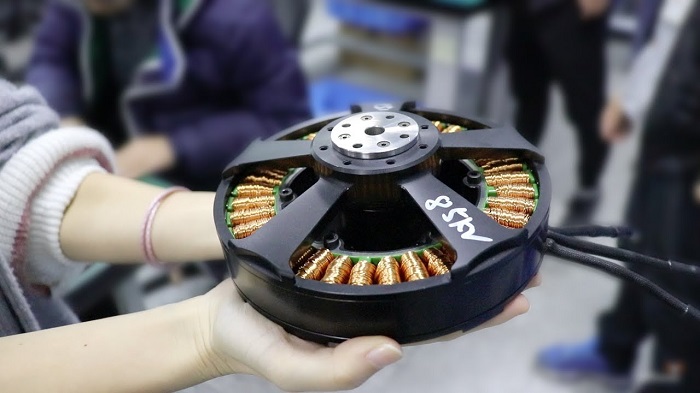 In order for the drone to maintain altitude, it needs to have motors that will use only 50% of the throttle when doing so. The motor should have double the thrust than the weight of the drone. For example, if a drone weighs 700g, the motor should be able to produce 1400g of thrust which equates to 13.73 N (newtons). A good rule of thumb is to have a 2:1 thrust-to-weight ratio.

A faster change in speed will result in a snappier drone which is why you should aim for a drone motor that has high torque. Keep in mind that this will use up more juice, so don’t go for the motor with the highest torque level.

You know what else gives you greater torque? Pole count. The higher the pole count, the more torque you’ll get, but the motor will also require a higher voltage and you will also need to pair it with bigger blades (propellers). This will add more lift and higher acceleration since the drone will have a lower Kv value too.

If you get a motor with a low pole count, it will give you higher RPM, won’t draw as much current and it will use smaller propellers. This results in higher Kv and a faster drone but you’ll get less acceleration and lift.

This is the constant velocity of a motor when one volt is applied with no external load is attached to it. A Kv rating is the result of the number of RPM (revolutions per minute) generated when that 1V is applied to the motor.

The weight of the drone is going to be paramount for motor performance and efficiency. You should have an estimated value of the total weight from all the drone parts including batteries, gimbal, camera, wires and everything else you’ll want to attach to it. Knowing the size of the propellers will also help with thrust.

Motor efficiency is the result of both mechanical power output and electrical power input. The former is based on torque and speed and the latter on the current and voltage supplied to the motor. However, this is not constant as some motors will be more efficient at low throttle but will lose on efficiency when it draws more current and vice versa.

The best combo to have in a drone is a motor with high trust and low current draw. An inefficient motor will use a lot of current while generating very little thrust. A value of 7 is your standard drone motor efficiency. A motor with a low efficiency value will cause voltage sags for the battery and it will shorten the amount of time a drone can stay in the air with a fully charged battery.