Doing any type of excavation without pinpointing the location of every utility under the site is extremely risky. You’re very likely to hit a buried pipe or cable and cause a lot of damage. But how to locate a pipe underground? Well, there are special devices made for this exact purpose, known as underground utility locators. These pieces of equipment save valuable time and money by helping you locate the underground utility line’s depth and exact location quickly and accurately. They’re designed to be much more powerful compared to conventional wire and pipe tracers, simply because the transmitters they feature send a greater electric signal, and the receivers are far more advanced. 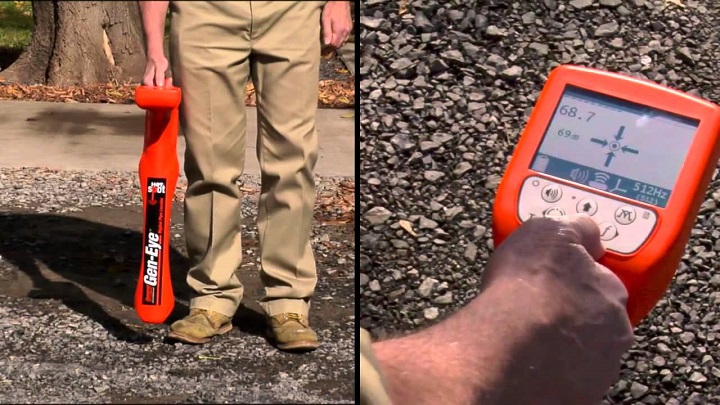 Besides preventing you from digging in the wrong zone, an underground pipe locator also shows breaks in pipes and wires. So instead of having to dig to find where the crack is, this helpful tool will show you its precise location. However, not every underground pipe locator is made the same. There are various models designed by different manufacturers. The most popular ones are Radiodetection and Leica. Nevertheless, these manufacturers also feature a large selection of options, so you have to consider your personal needs and choose accordingly.

Every underground utility locator consists of two main parts – a transmitter and a receiver. The transmitter sends AC current to the utility that’s being located, and as the current starts circulating, an electromagnetic field is made. The receiver then detects the electromagnetic field and follows its path, also accurately detecting its depth. There are two methods of detecting underground utilities – active and passive.

The passive method works by detecting the electromagnetic field that’s already present at the area you’re targeting. This method can be applied in areas that have live cables or radio signals available, meaning, it won’t work for locating pipes. On the other hand, active detection requires you to inject AC current with the transmitter, which will reach the underground pipes, and is then bounced off of them, and picked up by the receiver.

Unlike wire tracers that generally utilise a tone generator, underground pipe and cable locators face more challenges. Since the utilities are buried underground, they easily dissipate. The utility locator generates a signal that injects a specific AC current, and you can easily change the frequency based on the target condition to get accurate feedback. As aforementioned, the AC current will generate an electromagnetic field, and the receiver is induced by the field and generates voltage, which is then changed into sound. 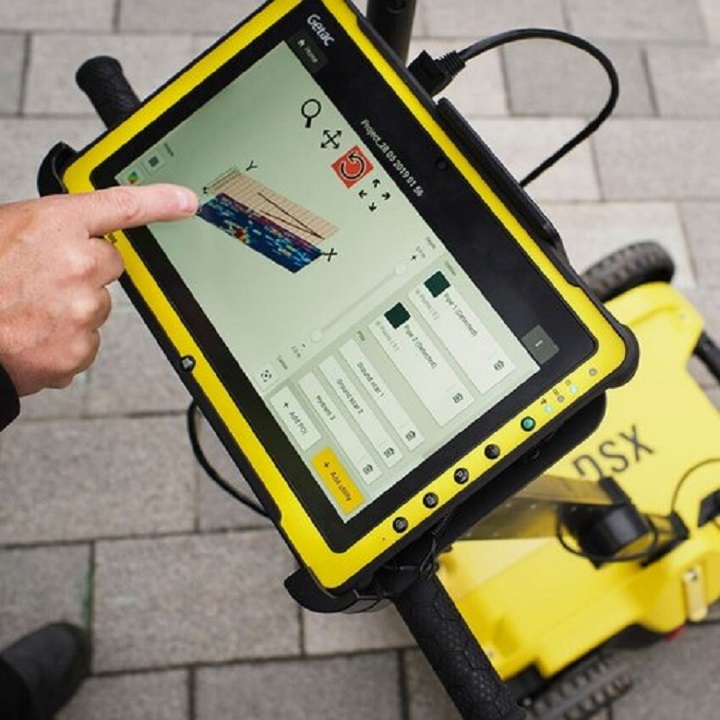 Modern underground pipe and cable locators also feature a screen for a visual representation of the utility’s location, by converting the voltage into a complicated digital sensor, which is processed by a built-in microprocessor and displayed on the screen. This results in a series of graphics, letters and numbers being shown that provide you with all the information you need. These tools can be used for a wide range of applications, including locating CATV cables, pet fence wiring, sprinkler wiring, radio communication network lines, gas pipes and power lines.

That being said, different applications require different locating methods, so when considering the right locator for the job, you need to consider whether the tool supports them. The three locating methods are direct/deductive connect, inductive and clamp. All of these locating methods fall under the active method of underground locating, and they differ in how the signal is applied from the transmitter to the ground. If you have access to the cable, you can use the direct (deductive) connect. If you have access to the wire but it’s not possible to access the peeled wire, then you’ll have to use the clamp connect. The induction method, on the other hand, is used in case you don’t have any access to the cable. 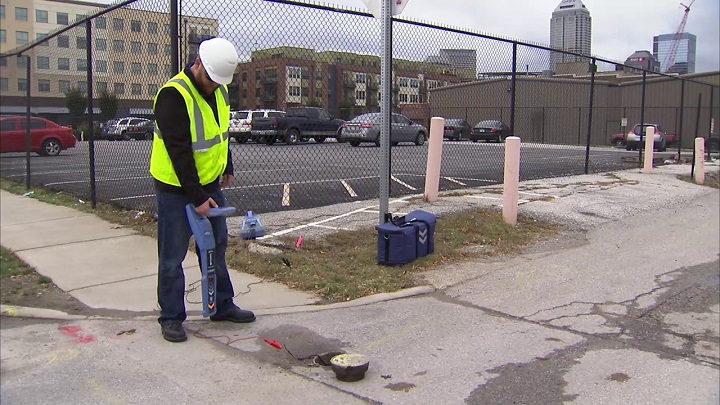 The capability of the transmitter to locate the buried utility is determined by the frequency it generates. Usually, frequencies lower than 1kHz are considered low, whereas 33kHz is considered high. Low frequencies are for long-distance locating, but they’ll have a difficult time breaking through bad conductors. On the other hand, higher frequencies can break through even the toughest conductors, but travel smaller distances. The frequency of the transmitted utilises will also impact the tool’s capability to measure depth.

Having said that, a successful locating will be determined by the frequency you use, which will depend on the type of conductor you’re trying to find. Broken lines, corrosion and the ground itself will also impact your success. This means you should always start searching using the lowest frequency possible, then gradually increase it. While this is something that can be learned with trial and error, proper training is essential to safely and accurately locate underground utilities.