The majority of engine failures and damage result from inadequate lubrication and faulty cooling parts. Oil lubricates metal parts spinning thousands times a minute and coolant keeps everything within a normal temperature range. The excessive friction from low oil levels will melt engine parts together, causing the engine to stall. The same goes for insufficient cooling. Internal combustion engines work at extremely high temperatures, and a series of auto cooling system parts prevent overheating. Normal working ranges differ from engine to engine, but generally fall within 80 to 95°C, and irrelevant of outside air temperature.

How Does an Auto Cooling System Work?

Most cars today have liquid cooling systems, but you’ll also find motorcycles with air cooling. In a liquid-cooled engine, a liquid coolant is sent through the engine block and cylinder heads, from where it picks up excess heat. The heated coolant then makes its way to the radiator at the front of the car. Here it is cooled from the air entering the car through the grille. The cooled liquid is then pumped into the engine again to repeat the cycle.

Parts in a Liquid Cooled System 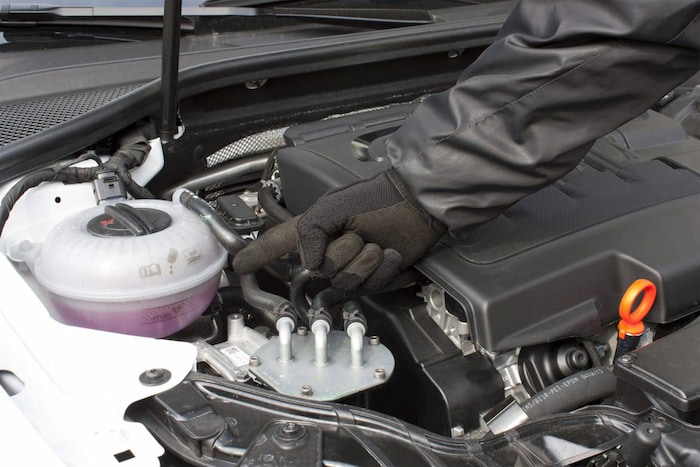 The majority of radiators in cars today consist of an aluminium core containing internal tubing. The tubes are set either horizontally or vertically. On either side of radiators with horizontal tubes, there is a plastic tank, one that collects heated coolant and the other that stores cooled liquid before it is sent into the engine. These are in the inlet and outlet tanks and have an inlet and outlet hose. Cars with auto transmissions also have a transmission oil cooler tank that reduces heat in oil from overheated transmission boxes. Since the whole system is pressurised, the is a radiator cap on top of the radiator core.

Radiator fans are set just behind the radiator and their task is to additionally cool the coolant when the car is at a standstill or coming to a stop and not enough air is present to maintain the optimal working temperature. Fans are usually electrically operated, with an electric motor, and connected to the car’s ECU. This receives data from temperature sensors; if the engine temperature is too high, the ECU turns the electric motors and fans on. When the desired temperature is reached, it turns the fans off. 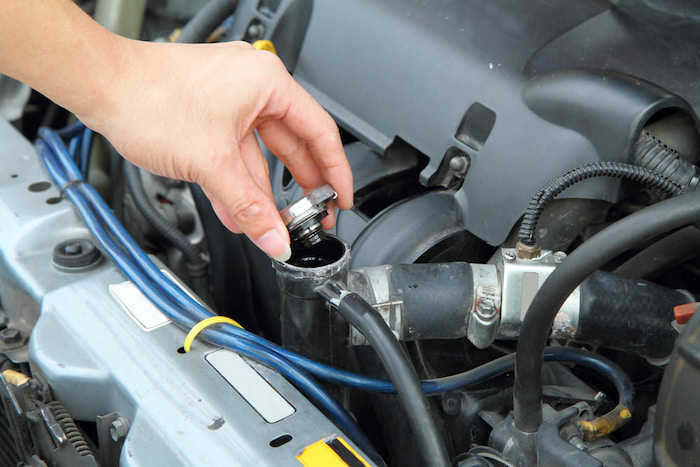 Ethylene glycol, or more commonly known as antifreeze, is the most common cooling liquid. This coolant has a substantially higher boiling point than water. Since the whole cooling system in the engine is sealed, heat coolant expands and increases pressure, To avoid boiling off, the radiator cap functions as a pressure valve, opening when there is an increase in pressure, and closing when the temperature, and hence pressure is normalised. Coolant that is bled in the whole process is collected into an overflow tank. 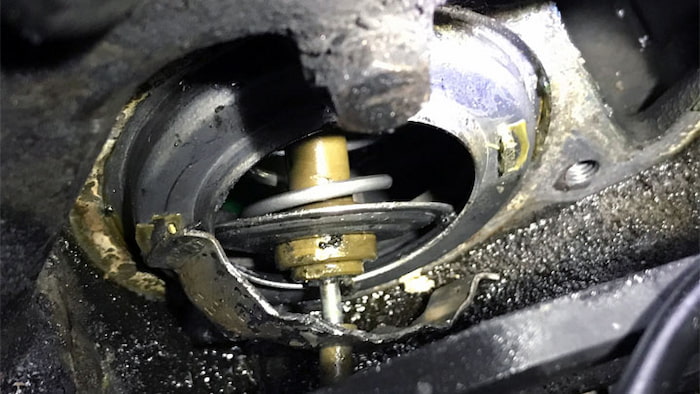 The bypass system is often a hose that returns excess coolant back into the engine. This ensures that coolant at the right temperature circulates through the cooling system and prevents hot spots. Two hoses, one connecting to the radiator inlet valve and another exiting through the outlet valve connect the engine and radiator and provide for the passage of coolant. Two smaller hoses containing heated coolant exit the engine into the heater core. This is the engine part that controls cabin temperatures, and allows you to redirect heated air to demist the windscreen and adjust heating on colder days.

Signs of a Faulty Cooling System

The first sign that something is not right with the cooling system is the temperature gauge in the dash reaching or passing the redline. Your engine is overheating, and driving further will only make things worse. Also, if you see steam escaping from the hood, it’s time to stop. Other signs include white exhaust smoke, meaning that coolant has leaked into the engine and is burnt. Leaks in the colour of the coolant under the car are also worrisome.

A common reason why cars overheat is the loss of coolant. This can be due to breaks in the hose lines, a damaged or clogged water pump, cracks and damage to the radiator and faulty thermostats. Uncovering and fixing any of these issues on time will save you a lot of cash from more serious damage that can lead to complete engine failure.