Bicycles are such an important part of our lives. They’re very useful, not only as a transportation device but also for getting good exercise. There are a lot of bikes to choose from, as well as many different bike types, but one thing that isn’t nearly talked about is bicycle safety. Things like choosing the right bike seatpost or improving your bicycle’s suspension are topics that have been widely discussed, but I feel bike security is just as important. Bike locks play a vital role in bicycle security, and there are quite a few things you should know about them first.

Arguably, the most common type of bike lock is the D lock, which is sometimes known as the U lock. Their name comes from their shape, which resembles either a U or a D, and they’ve become one of the most popular bike locks throughout the world. They’re highly versatile because they offer a lot of choice in how large or small you want them, and pretty much all versions are quite compact and lightweight. They typically come with a mount that allows you to attach them to the frame of your bicycle and offer good all-around security and usability. All in all, when you want to buy bike locks you’re most likely looking at D/U locks because they’re pretty good in all areas.

If you’re looking for a more classic option for a bicycle lock, you definitely can’t go wrong with chain locks. They’ve been around for a very long time now, and their core principle has remained pretty much the same. You affix the lock on the two ends of a chain, which itself wraps around parts of the bike. The lock itself is significantly heavier than most types of locks but it offers great options for locking. It’s also the most used lock for locking several bikes, just remember to use a longer chain. Just make sure to keep in mind that chain locks don’t come with any type of stand whatsoever, so you won’t be able to carry them as easily as D locks. 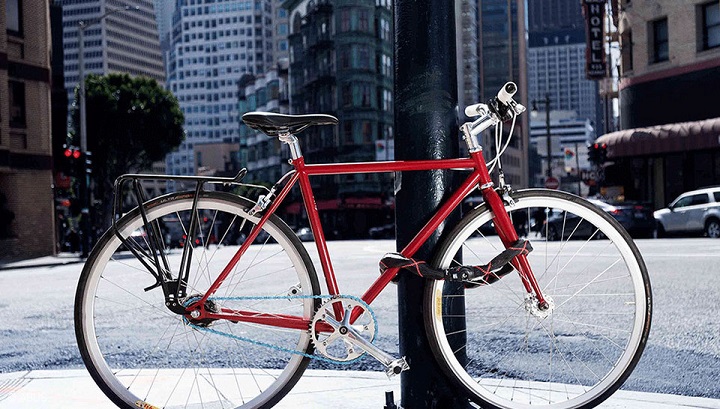 A folding lock is amazing if you want a decent lock that you’ll be able to carry anywhere with ease. They’re great because they can fold to a very small size, so not only will you be able to bring them anywhere, you’ll also be able to use them on a lot of objects. When they unfold, they can spread out significantly, which also means they must be relatively thin for a bike lock. The decreased thickness also slightly reduces security, but they’re still quite capable of withstanding attacks, just not as well as D lock or chain locks.

Cable locks are pretty much used on every bike because they’re slim, light, and easy to use, but they come with significant risk. They only should be used in situations where you have immediate access to your bike and will not be leaving it unattended. If you plan on leaving your bike without you looking at it, cable locks can be unsecured in a matter of seconds with any type of wire cutter. If you do plan on using cable locks when you’re not around the bike, then you absolutely need to use it in tandem with another lock, such as a D lock. That way you can use the cable lock to secure the front wheel, and the other lock for actual security. 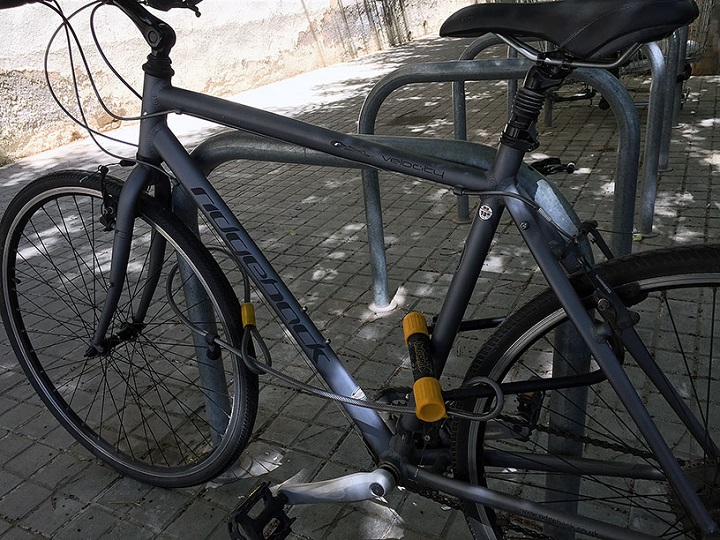 Not all bike thieves are out for your bike because some of them only want to steal your accessories. Accessory locks are only used for just that, locking your accessories, but unlike pretty much all other types of bike locks, they don’t need to be carried around. Rather, you place them on the accessory you wish to secure and then just leave the lock as is. That way your accessory, such as bike lights, will be very secure and thieves will have a hard time detaching them from your bike. They’re small and lightweight, and very easy to use, and you should never leave your bike’s accessories unattended.

Similarly to the cable lock, combination locks aren’t really all that useful. They use spinning dials that unlock once you enter the correct passcode, and you’ll be surprised how easy they are to crack. Most thieves wouldn’t even need any kind of tool at all, and to any bystander, they’d look like they’re the owner getting their bike. Consider using them only to secure some accessories, otherwise, they’re not a great security tool for bikes at all.

How to Choose the Best Bike Lock 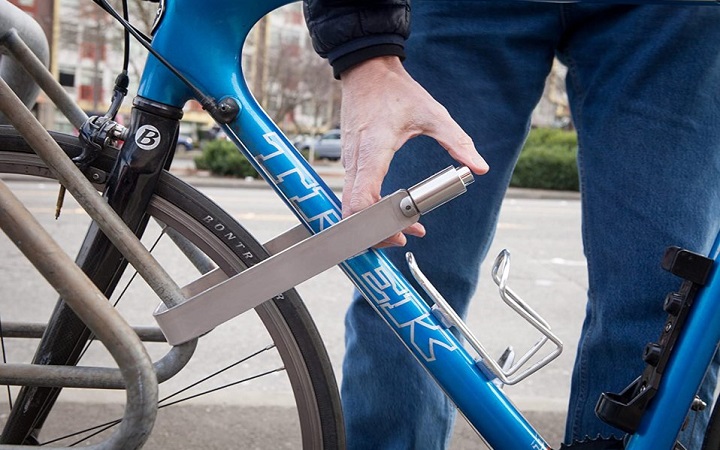 The main thing you should know is that with the right tool and enough time, any lock can be cracked. It’s just that most bike thieves tend to not have either one of those at the time of theft. That’s why there are a few factors you need to consider when you’re choosing new bicycle locks.